During the month of June, Nutricia Curaҫao organized the Nutricia Baby Month for the second time. A month filled with offers, promotions, and the second edition of the Baby Photo contest. Parents of children between the ages of 0 and 3 years old could sign them up though Nutricia Curaҫao’s Facebook page. Parents could submit their own picture of their child, or take advantage of the free photo shoots by Divi Design Photography that were offered by Nutricia.

“Attendance was high during the photo shoots”, says photographer Joke van Eeghem. “During four Saturdays in June, we had photo shoots in four different locations. In Botica Sambil, Botica Santa Rosa, Botica Sorsaka, and in DA in Saliña. We took beautiful pictures of 158 children in total. The photo shoots were completely free, and the proud parents could take a picture home with them right away. Everyone was very excited! It was obvious that the photo shoots were considered a special occasion for the parents. All the children arrived at the photo shoot locations looking beautiful and all dressed up. What I personally found very special, was that during last year’s shoots, I was able to take pictures of a newborn baby during all four days, at all four locations. Every week you could see how much she had changed. This year her mom brought her again, and it was wonderful to see how she had grown from that teeny-tiny newborn baby to this gorgeous one-year-old toddler.”

The winner of this grand prize was randomly drawn by the notary public, and was announced on July 5th: Jay Xhavier Jair Jansen. “We almost didn’t believe it”, says Jay’s mother. “We participated in the contest, because we were excited about having a free, beautiful, professional picture taken of Jay, but we never expected we would win an Education Plan for him as well. A starting capital of f 5,000 is a beautiful start for Jay, for when he starts studying, because studying costs a lot of money. And we heard that when this fund reaches maturity, the f 5,000 will have grown to a guaranteed amount of f 10,000!”

“This allows Jay to have a great financial start in life”, says Reinald Curiel, CCO at ENNIA. “With the ENNIA Education Plan, a child is properly prepared for the future. It is a flexible and customized savings-linked insurance policy, which sets money aside for a child’s education. Even if something happens to the parents during the term of the Education Plan, the child will still receive the accumulated education capital when the fund matures, as agreed upon ahead of time.”

“Nutricia Curaҫao would like to thank everyone for their enthusiastic participation”, says Derrick van den Heuvel in closing. “As a token of our appreciation, every participant will receive 100 free Fun Miles. We look forward to another edition of the Nutricia Baby Month in 2018!”

ENNIA would like to congratulate Jay Jansen with his grand prize, and we hope this helps contribute to a bright future for him. And you have to admit…. isn’t he picture-perfect? 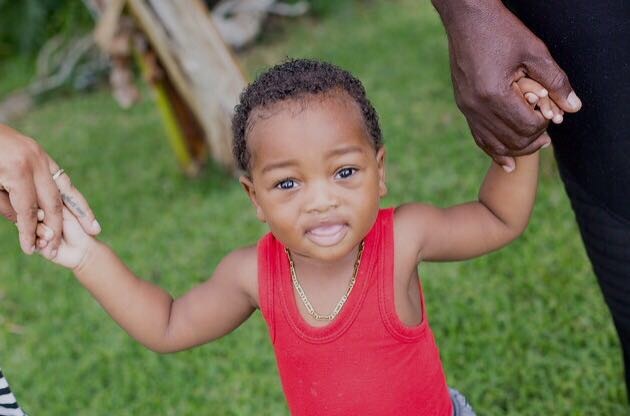